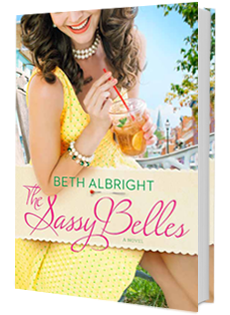 They're strong as a mint julep, sweet as peach cobbler, and no matter what, they stick together.

There are only two seasons in Tuscaloosa--football and waiting-for-football. When Lewis Heart, football announcer and voice of the Crimson Tide, vanishes after an impromptu romp with Vivi Anne McFadden at the Fountain Mist Motel, Vivi does what any Southern woman would do: call her best friend, Blake O'Hara Heart, attorney-at-law.

With the town gossip swirling around them, Vivi and Blake are determined to find out what happened to Lewis and clear Vivi's reputation. Because after all, men may come and go, but the Sassy Belles are forever.

Not since Steel Magnolias have we fallen in love with such sexy, strong and hilarious Southern women. So grab your best girlfriends and join these Belles on the first of many joyrides through the Deep South.

Available for pre-order on Amazon and Barnes and Noble. The Sassy Belles are back...and this time, wedding bells are ringing!

Seven months pregnant and head over heels in love, Vivi Ann McFadden is busy pulling together the final details for her wedding to Lewis Heart, famous play-by-play announcer for the Crimson Tide. But with two wedding-planners-gone-wild and a psychic giving her advice, a missing wedding ring and the ceremony happening on the same day as the wildly popular Crimson Tide kickoff game, chaos reigns supreme. Luckily, maid of honor Blake O'Hara Heart is on the job. She'll tackle this wedding if it's the last thing she does!

But not everyone is cheering for the happy couple. News of the upcoming nuptials has brought Lewis's old flame back to Tuscaloosa-and she's got a secret that could mean the end of Lewis's marriage...before it even begins.

Available for pre-order on Amazon and Barnes and Noble. 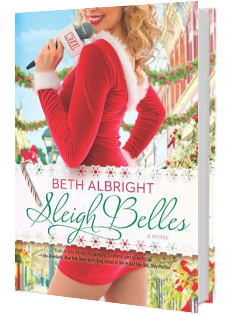 With her hair perfectly coiffed, nails freshly manicured and a heavy trail of perfume wafting behind her, local news reporter Dallas Dubois is sure she’s about to kick her career—and maybe her love life—into high gear. The director of the Tuscaloosa children’s Christmas play has fallen ill, and Dallas is ordered by her station manager to take the reins. Everyone is shocked—especially Cal Hollingsworth, who still remembers her as the Ice Queen from high school.

If nothing else, Dallas has never met a challenge that a little lip gloss and a Chanel knockoff couldn’t fix. But she has no idea how to relate to these kids, and their brutal honesty is giving her pause. Things are made even more complicated by the butterflies she gets whenever Cal is near....

But when long-lost family members reenter her life, Dallas’s icy veneer begins to melt. And with Cal by her side, she soon realizes that it’s what’s under all the hair spray that counts.


Available for pre-order on Amazon and Barnes and Noble.
Home
Subscribe to: Posts (Atom)